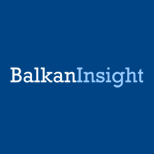 On October 26th, 2016, Mr. Gledis Gjipali, the director of the European Movement in Albania, was interviewed by “ BalkanInsight” regarding the vetting judges and prosecutors as an important part of the judicial reform. Mr. Gjipali stressed that every delay in approving the laws that comprise the judicial reform programme directly affects the country’s EU prospects: “Some important EU member states said they want concrete results from the Albanian judicial reform [programme] in order to approve the opening of accession talks. This stance makes impossible for Albania to get the Council’s decision to open the negotiations in December.”