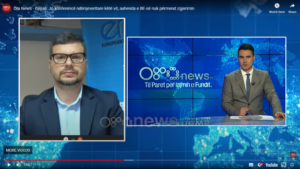 Invited to Ora News, on December 7, 2020, Gledis Gjipali, Executive Director of the European Movement in Albania said that it is almost impossible to have a first intergovernmental conference before December. He said the skeptical countries remain the same, which are the Netherlands, Denmark and France and they think that there is no such progress to hold a first conference. Gjipali also added that politics often uses the European integration card not as a national interest over parties and for the good of the country’s development.

Ora News: Gjipali: No intergovernmental conference this year, the EU agenda does not mention enlargement