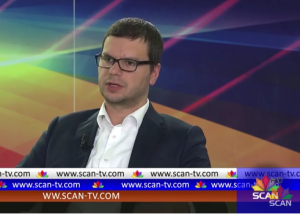 On 10 November 2016, Mr. Gledis Gjipali, the Executive Director of EMA was invited on a TV programme to discuss about the last Report of the European Commission for Albania. According to Mr. Gjipali, in general the report seemed to be positive, especially in regard with showing a good implementation of reforms.  In regard with the correlation that exists between the opening of negotiations and the judicial reform, Gjipali stressed the importance of the reform on justice system as the last condition to be fulfilled in order to open the negotiations while the four others are being already considered satisfactory in order to proceed with the next step. “But nevertheless, the positive report does not guarantee a finalization of this process for Albania. There is still a long road ahead as the equation seemed to have changed a bit after the last emerging issues such as economic and social crisis, Brexit and other changes inside the EU. So by now with the doubts on whether the EU is ready to continue with the enlargement process, and with  the rise of so many skepticism around, we are in doubt about the future of Albania and the Western Balkans inside the EU, although we shouldn’t be pessimistic upon this, because actually what really matters are the results and these results are firstly for the citizens of Albania rather than for Europe”, Gjipali concluded.