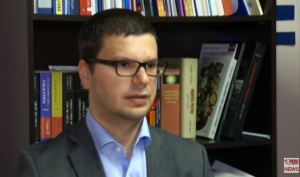 On 9 November 2016, Mr. Gledis Gjipali, the Executive Director of EMA, was interviwed by Ora News in regard with the Report of the European Commission for Albania. He expressed that it has been a long process and unfortunately Albania is already delayed in this process if we pay attention to the time lost as it required almost 4 years for our state to receive a positive recommendation and later to receive the candidate status. However, he added that now a more important step is coming, such as that of the opening of negotiations, by means that the the whole corpus of the state will be evaluated in details in every field. Albania will have a closer relation with the EU, and the whole process will be monitored better in the framework of the integration process. “Nevertheless, by now Albania has made good steps  by fulfilling the main duties concerning the five main conditions prescribed by the European Commission. What is still in doubt is the Judicial Reform, as we already are aware of the delay on its arrangement about the constitutional changes. But this priority can not be considered as already fulfilled in order to proceed with the next step in December”, Gjipali stressed.